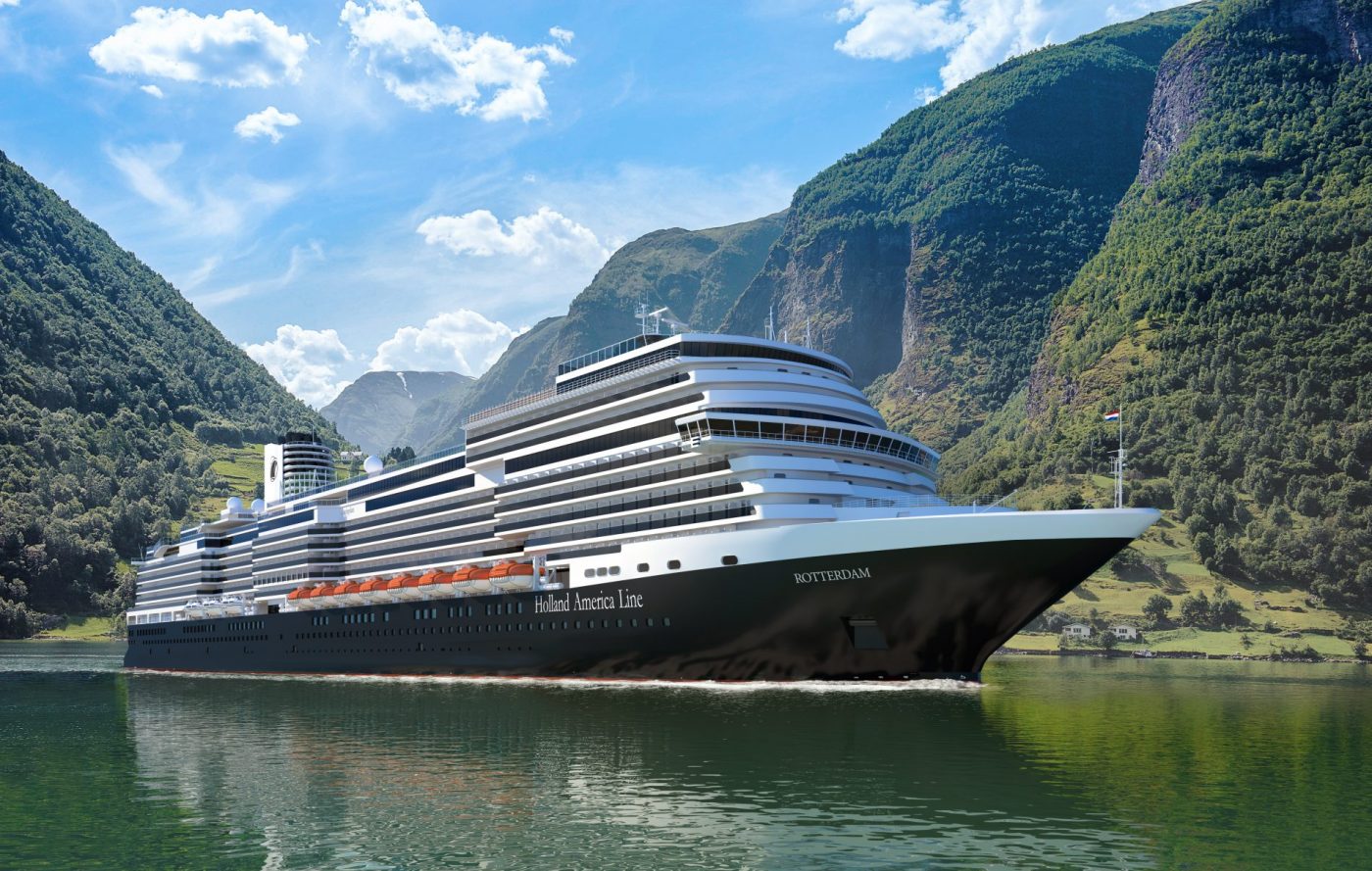 Company also announced that Rotterdam will be new flagship

Holland America Line is changing the name of its next vessel from Ryndam to Rotterdam and making it the company’s new flagship, once it is delivered on July 30, 2021.

Rotterdam will be the seventh Holland America Line ship to bear the name. It was originally meant to be delivered in May next year.

The ship will spend its first season in Northern Europe and the Baltics, operating roundtrip cruises from Amsterdam. Those booked on cruises up until July 30 will be given rebooking options.

“The first ship for Holland America Line was the original Rotterdam, the company was headquartered in the city of Rotterdam for many years, and the name has been a hallmark throughout our history since 1872 … so clearly the name is powerful and symbolic,” said Gus Antorcha, Holland America Line’s president. “With the current Rotterdam leaving the company, we knew we had a unique opportunity to embrace the name as our new flagship and carry on the tradition of having a Rotterdam in our fleet. Seven is a lucky number, and we know she’s going to bring a lot of joy to our guests as she travels across the globe.”

The History of the Name Rotterdam

Holland America Line’s first ship was Rotterdam, which sailed its maiden voyage from the Netherlands to New York on October 15, 1872, and led to the founding of the company on April 18, 1873. Rotterdam II was built in 1878 for British Ship Owners Co. and purchased by Holland America Line in 1886. Rotterdam III came along in 1897 and was with the company until 1906. The fourth Rotterdam joined the fleet in 1908 and also served as a troop carrier when World War I ended. Following the war it made regular cruises from New York to the Mediterranean.

Rotterdam V, also known as “The Grande Dame,” set sail in 1959 and began sailing transatlantic crossings with two classes of service. It later converted to a one-class ship in 1969. She sailed with Holland America Line for 38 years until 1997, including several Grand World Voyages, and currently is a hotel and museum in the city of Rotterdam. Rotterdam VI, the most recent to cruise for Holland America Line, was introduced in 1997 and the first ship in the R Class.

“Guests and travel advisors will be notified today of this news and coming changes to current itineraries,” added Antorcha. “We ask everyone, though, to please bear with us just a few weeks for all of the details as we rebuild itineraries and put the finishing touches on several desirable alternatives. We will follow up with specific details very soon so everyone knows their options.”