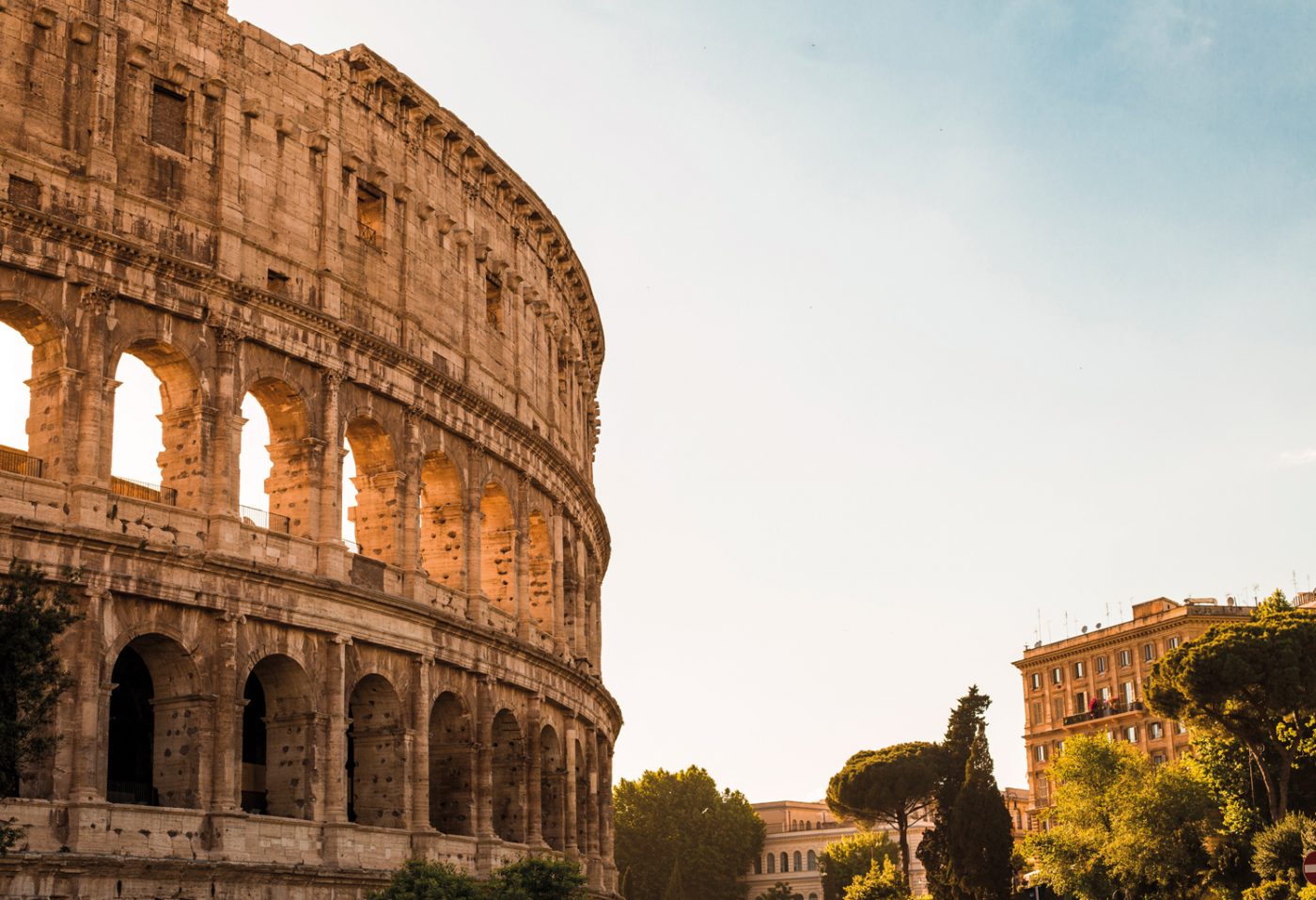 It takes two hours and 10 minutes to get from London to Barcelona by plane or three days and four nights, if you decide to go by ship. To many, the choice is obvious – why begin your holiday braving the British Isles’ choppy waters when you can hop on a plane and be sipping sangria before you’ve had time to read the in-flight magazine? It’s an argument put forward by those who have failed to truly experience the joys of ex-UK, a holiday that begins as soon as you set foot on the ship.

If there’s a finer way to relax than days at sea I’m yet to find it. On a sailing from Southampton to Rome on Princess Cruises (we do a seven-night cruise; half of a 14-night itinerary that continues on to Florence, Marseille and Gibraltar), our days at sea are gloriously inactive. We breakfast on our balcony, lunch by the pool, luxuriate in the spa and relax in the blissful Sanctuary area. Evenings – spent in the Da Vinci dining room and then in Crooners bar or watching a movie on deck – are just as strenuous. The urge to do something, anything at all, other than read, eat and occasionally visit the gym (well, once), disappears almost immediately. I’m not usually one for sitting still, but I’m suddenly happy doing nothing at all.

Crown Princess is one of three ships sailing ex-UK for Princess this year, and one of two, along with Caribbean Princess, from Southampton (Pacific Princess sails from Dover). In 2018, the line will run its largest ever ex-UK season, which includes epic, 38-night cruises to Singapore. Part of the Grand-class, Crown Princess sailed its maiden voyage back in 2006 and has a maximum capacity of 3,080 guests, although (save for when it gets busy around the ship’s glitzy atrium) you’d never know it. Before we embark, I read a Cruise Critic review, which notes the ship “tries to be everything to everyone – and largely succeeds” which sticks with me. The ship’s appeal is immediately obvious, with its greatest strength lying in the variety of its offering.

When schools are out for summer, younger families will be on board, but on our cruise the clientele is older, as is often the case with ex-UK cruises. It’s also mostly British, but there are Americans, Australians and plenty of pre-school kids, young adults and twenty, 30 and 40-something couples, too. Crown Princess may not have the go-karts-and-all vibe of some of the most modern ships, but there’s as much to do for the young – there are three lounges and three small pools – as there is for the old.

We stay in a spacious and well-appointed balcony stateroom, but are invited to enjoy Club Class dining, reserved for suite-level rooms, where the staff are as attentive as any you’ll find at sea. The same is true in the speciality restaurants such as Sabatini’s (Italian), the Crown Grill (American steakhouse) and the Salty Dog gastropub, all of which cost extra ($25, $29 and $19 respectively, plus wine). The huge rib-eye streak from Crown Grill is the meal of the cruise.

Not everything is included on Princess Cruises, but that brings the overall price down (although UK guests should note the $13.50 a day gratuity charge, or $14.50 in mini-stateroom or above, which will feel more familiar to Americans).

Maybe it’s a British thing, maybe it’s our particular cruise, but the guests on board on this sailing tend to avoid anything that incurs an extra cost. It does make sense, as what’s included is not only excellent, but varied: there’s ‘anytime dining’ in Da Vinci’s or Michelangelo’s, or set-time dining in the main room, for those who like a little structure even when on holiday.

The pool area is nicely done and Movies under the Stars, which screens new and old films (we watch La La Land one night), is an inspired idea. In the day, there are films or football when it’s on, which British guests will no doubt appreciate. The bars, particularly Crooners and the speakeasy-like Adagio, which is notably quiet, are superb.

But for guests who want to push the boat out, there are some very luxurious options, such as the aforementioned Sanctuary, an adults-only area at the ship’s forward, which costs $40 a day ($20 for half a day) to use. It’s the most tranquil area on the ship, made up of softly padded sun loungers, some directly under the sun, others under a canopy, and is populated by diligent waiters who serve afternoon tea and cocktails.

There’s even a playlist ‘menu’, meaning you can soundtrack your relaxation, however you see fit. The area turns out to be a favourite of former Tottenham Hotspur manger Harry Redknapp, on board as a special guest lecturer, and whose presence causes a bit of a stir among football-watching guests.

Just below the area is the Lotus Spa, where the well-equipped gym is found. The spa treatments, of which there are countless options, cost extra, but the sauna and steam rooms and beautiful, quiet pool and Jacuzzis are free, as is the gym.

Our arrival in Barcelona is almost a culture shock after over 1,000km spent luxuriating. For a major city, it’s remarkably easy to visit by cruise ship. Five minutes after hopping on a bus, we’re strolling La Rambla, the tree-lined boulevard, of which Spanish poet Federico García Lorca once said “the only street in the world that I wish would never end”.

The city is a showpiece of Antoni Gaudí’s distinctive modern art and architecture, including the incomplete, beguiling La Sagrada Familia, which was started in 1882 and should be finished by 2028, and the unique, fantastical, Casa Batlló.

Another Gaudi masterpiece, Park Güell on Carmel Hill, also comes with a panoramic view of the city, and more examples of Catalonian modernism. Aside from the two characteristically idiosyncratic buildings that sit at the entrance to the park, from here you can see La Sagrada, Torre Glòries (Barcelona’s answer to – or some would say imitation of – The Gherkin in London) and the striking W Hotel at the edge of La Barceloneta beach.

The maître’d on Crown Princess recommends we ‘tapas hop’, so we try a few spots, sampling the likes of Jamón Ibérico, patatas bravas and croquettes at each, feeling like a true Catalonian watching the world go from a shaded, outdoor table.

The next morning, from our balcony, we enjoy our most indulgent moment of the cruise: a champagne breakfast, made up of three courses – a bacon and cheese quiche, smoked salmon with dill butter, followed by Danish pastries and croissants, coffee and Buck’s fizz.

As we do so, wondering if we’ll ever need to eat again, the dramatic scenery of Corsica comes into view. Suite-class guests get one of these breakfasts included, or you can pay for it (for $45), but it’s well worth it, easily ranking among the most luxurious experiences we’ve ever had at sea.

All at sea: cruise in the age of coronavirus

The forces of nature: Chile with Australis

Sacred water: Uniworld on the Ganges